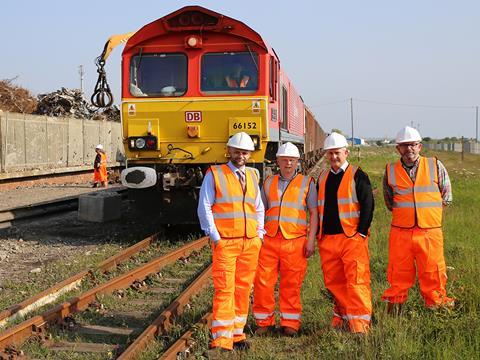 UK: Freight operator DB Cargo UK has introduced an internet-based route learning programme developed with Track Access Services Ltd to familiarise drivers with the physical characteristics of the routes over which they operate. Accessed via tablet or computer, it combines high-quality footage of routes filmed by DB Cargo UK with a moving track diagram, and also displays route characteristics such as signal locations and line speeds.

Drivers traditionally learn a route by physically travelling over it in an allotted period of time. Using streamed media enables drivers to review a route or sections of it as many times as they wish. It also removes the need to operate trains specifically for route learning, reducing costs and conserving network capacity, allowing ‘faster mobilisation for geographic or seasonal spikes in workload’, according to DB Cargo UK.

‘This has opened up huge potential for us and for the whole rail industry as it provides a more efficient and effective method for route learning and retention of route knowledge’, said DB Cargo UK Head of Resources Andrew Byrne. With around 40% of the national network now filmed, ‘we are continuing our work so that we can roll out digital route learning even further’, he added.