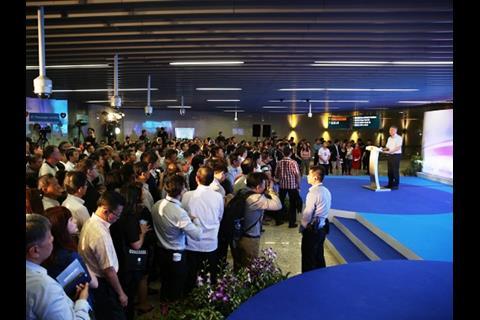 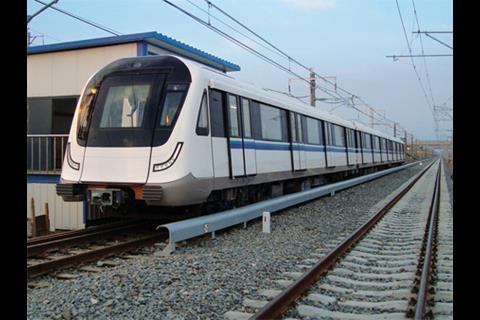 SINGAPORE: The second phase of the city’s Downtown Line was opened for revenue service on December 27, following a formal inauguration by Prime Minister Lee Hsien Loong at Botanic Gardens station the previous day. Free travel is being provided until January 1.

Running from northwest Bugis to Bukit Panjang, the extension adds 16·6 km and 12 stations to the 4·3 km six-station first phase serving the Marina Bay district, which has been operational since December 2013. Interchange is provided to the North East Line at Little India, the North South Line at Newton and the LRT peoplemover at Bukit Panjang.

A third phase of the route now under construction is scheduled for completion in 2017. Extending east from the Chinatown area to MacPherson, Bedok, Tampines and the Expo at Upper Changi, this will add a further 21 km and 16 stations. When completed, the DTL will be the longest driverless line in Singapore at 42 km and 34 stations.

The fully-automated line is operated by SBS Transit, using a fleet of Movia C951 three-car trainsets being supplied by Bombardier Transportation under a €298m contract for 73 sets awarded in 2008. A batch of 37 sets has been delivered for the second phase, augmenting the eight supplied for the opening of the line. The remaining 25 are to be delivered in 2016 ready for the opening of phase 3, along with a further 15 sets ordered in 2013. The trains are based at the new Gali Batu depot, north of Bukit Panjang, which was completed earlier this year as part of the phase 2 works.

‘Public transport is the most efficient way for our people to get around in a compact city like ours’, said the Prime Minister during the opening ceremony. According to the Land Transport Authority, more than 2 million people make two or more metro and bus trips per day, accounting for 40% of the island’s population. LTA’s long-term plans envisage that the metro network will reach 360 route-km by 2030.