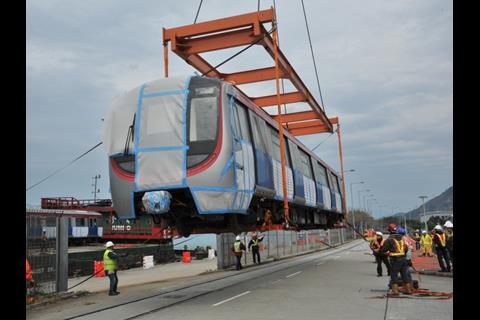 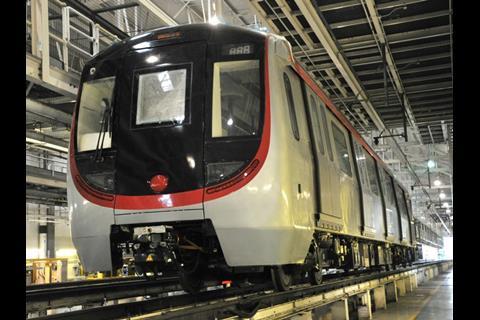 CHINA: The first metro train for Hong Kong’s South Island Line (East) was delivered to Siu Ho Wan depot on February 19. This is the first of 10 three-car trainsets being supplied by Changchun Railway Vehicles Co, which are to be equipped for unattended train operation.

According to metro operator MTR Corp, the train has undergone 5 000 km of test running on the supplier’s test track. Following initial testing at Siu Ho Wan Depot, the fleet will be moved to Wong Chuk Hang depot in late 2014 for final testing and commissioning before entering passenger service next year.

The 7 km South Island Line (East) is to run from Admiralty to South Horizons with three intermediate stations. The ‘medium capacity’ line will operate services at 3 min peak headways. MTR says that around 60% of the works have been completed.