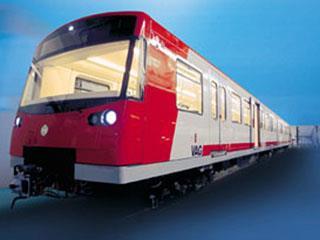 GERMANY: Nürnberg U-Bahn operator VAG quietly slipped its first driverless trains into passenger service on Line U3 on May 4. Authority to run Germany's first automated U-Bahn services with fare-paying passengers had been granted on April 30, and VAG lost no time in taking advantage of the ruling.

Linking Maxfeld and Gustav-Adolf-Straße, the 6·1 km Line U3 shares tracks with U2 over the central section between Rathenauplatz and Rothenburger Straße. It is here that VAG is pioneering the simultaneous operation of driverless U3 trains with manually-driven U2 services on the same track.

The formal launch of driverless operations is scheduled for June 14, when Germany's Federal Transport Minister Wolfgang Tiefensee is expected to attend. Regular operation of timetabled driverless services will start on the following day. In the meantime VAG will continue to run a number of driverless trains that are accessible to fare-paying passengers.

The €325m automation project known as Rubin (Realisierung einer automatisierten U-Bahn in Nürnberg) began in 2001. Operator VAG was contracted by the city authorities to implement the scheme, and Siemens was appointed as general contractor. The company has delivered 32 Type DT3 trainsets for use on U3, and the first 20 have now been accepted.

In the initial phase of driverless services on U3 VAG is ensuring that at least one member of staff is on board each train to deal with queries from passengers and to intervene should problems occur.

Work is now in progress to convert Line U2 from manual to driverless operation, and automated U2 services are expected to begin carrying fare-paying passengers during 2009.