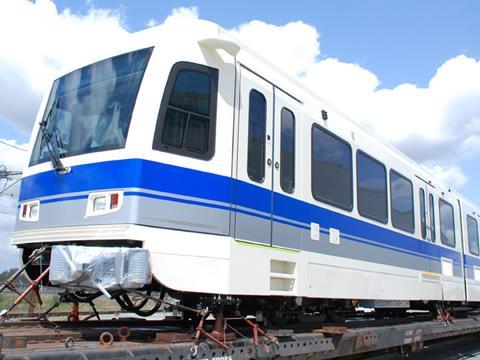 CANADA: The first of 37 Siemens SD160 cars ordered to double the fleet size in advance of the opening of Edmonton's South Line light rail extension was publicly unveiled on June 23.

The €77m contract was awarded to Siemens in October 2005, partly funded through fuel taxes. The first vehicle was shipped from the manufacturer's Sacramento plant during May. The high-floor cars have a slightly modified and more streamlined cab end compared to earlier SD160 builds.

Following testing the cars are due to enter service this autumn, ready for the opening of the C$675m South Line extension as far as the University of Alberta's South Campus on April 26 2009. A further extension to Century Park will follow on April 25 2010.