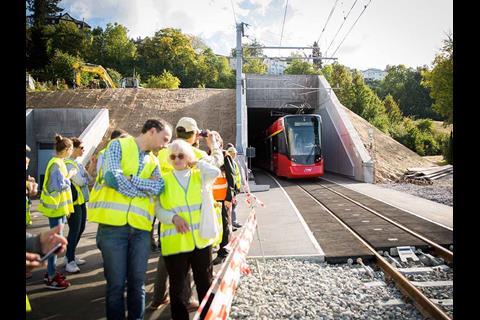 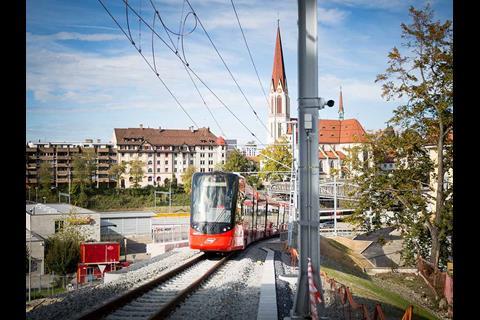 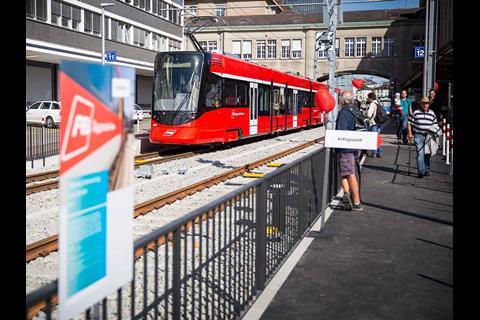 The work included construction of the 725 m Ruckhalde tunnel in St Gallen to replace a 940 m rack railway. A station to the east of the tunnel at Riethüsli has been built, and the Appenzeller Bahnen station in St Gallen remodelled.

Work on the Ruckhalde tunnel began in April 2016, and the breakthrough followed in July 2017. On April 2 this year the old alignment was closed.