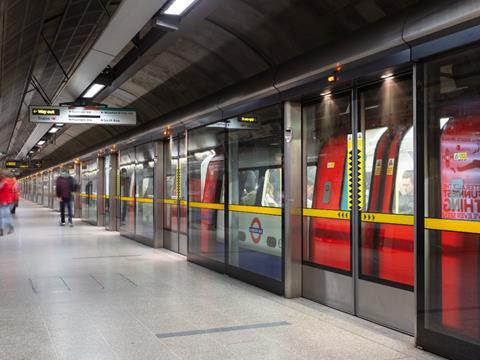 UK: Transport for London has shortlisted four bidders for a contract to roll out 4G mobile connectivity across the underground sections of the London Underground network.

The shortlisted bidders are BAI Communications, Cellnex UK Ltd, Wireless Infrastructure Group, and a consortium of Axia and SC. TfL aims to award the contract by mid-2020.

Ahead of the concession award, TfL is working with the UK’s four mobile network providers to install 4G connectivity on a trial section of the Jubilee Line between Westminster and Canning Town. It expects connectivity within most stations and tunnels from March 2020; London Bridge and Waterloo are expected to be added later in the year, subject to approvals. TfL plans to install more than 2 000 km of cabling on this section.

Once the concession contract is awarded, the pilot area may be subject to changes. The pilot section is envisaged as the first step to rolling out mobile connectivity across the whole of the London Underground by the mid-2020s.

The 4G network will also host the Home Office’s Emergency Services Network, which will replace the existing Airwave network. The underground mobile network will operate alongside existing station wi-fi.

‘The London Underground network is an incredibly challenging environment in which to deliver technological improvements, but we are now well on the path to delivering mobile connectivity within our stations and tunnels’, said TfL’s Chief Technology Officer Shashi Verma. ‘We have begun the complex work to allow our customers to be able to get phone reception within our tunnels from March 2020, with more stations and lines coming online during the coming years.’