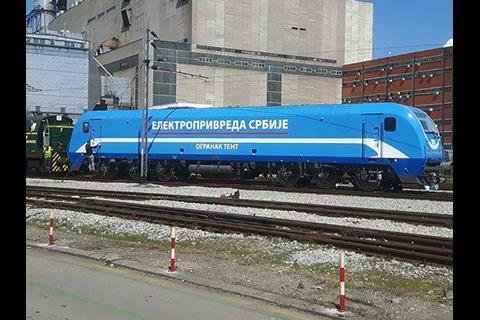 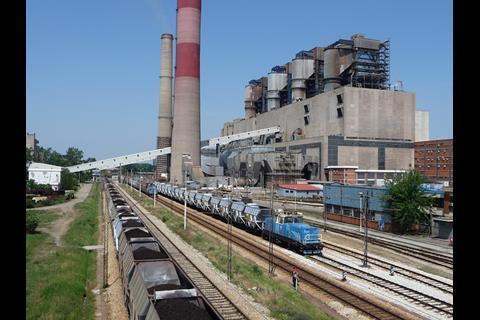 SERBIA: The first of two CRRC Zhuzhou locomotives ordered by state electricity generator Elektroprivreda Srbije in April 2016 has arrived in Obrenovac, after being shipped from China to the Romanian port of Constanța then by continuing by river to Sremska Mitrovica.

The 7 MW six-axle CRRC Zhuzhou locomotive with a maximum speed of 140 km/h is built to confirm with European Technical Specifications for Interoperability. It will be used on the dedicated 25 kV 50 Hz electrified rail network which Elektroprivreda Srbije uses to transport lignite from the Kolubara opencast mines to the Nikola Tesla power stations.

The line carries around 25 million tonnes per year, significantly more than the national railway. Trains are currently hauled using Končar Class 411 and Škoda Class 443 electric locomotives, and several types of diesel locomotive are used for shunting. There is also a 5 km network of 900 mm gauge lines.