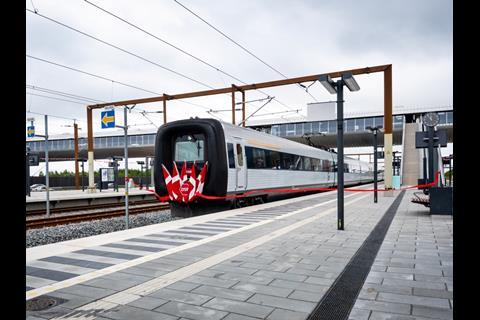 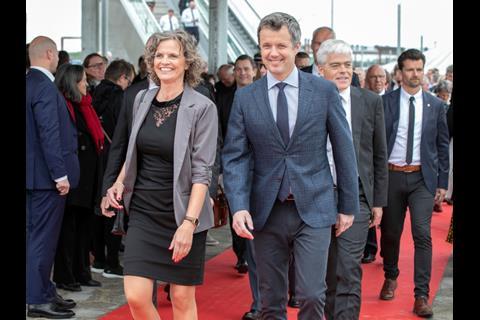 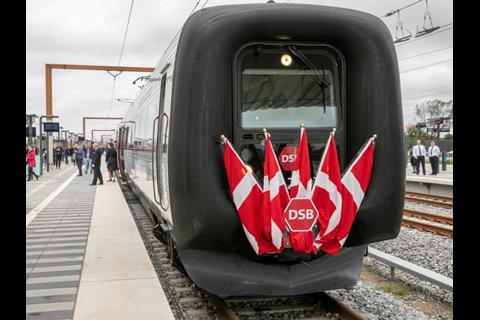 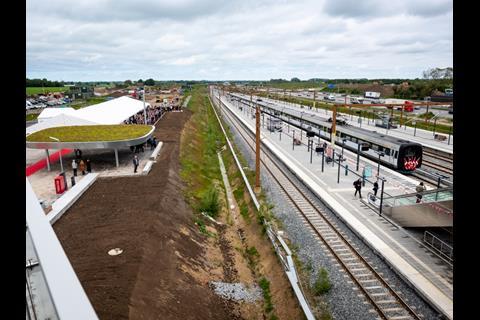 DENMARK: The København – Ringsted high speed line was formally inaugurated by Crown Prince Frederik on May 31, in a ceremony at Køge Nord station attended by Transport Minister Magnus Heunicke, Banedanmark CEO Per Jacobsen, DSB CEO Flemming Jensen and around 1 000 stakeholders and official guests.

With a budget of DKr11·4bn and taking nine years to complete, the 60 km line has primarily been built to provide additional capacity on the country’s principal inter-city route west of the capital, bypassing the busy junction at Roskilde and freeing up capacity for expanded regional services.

The route has been designed for 250 km/h operation, and is electrified at 25 kV 50 Hz. It was intended to be equipped from the outset with ETCS Level 2, but conventional signals have been installed as a stopgap following delays to the national signalling programme.

Starting from a junction at Ny Ellebjerg in the western suburbs of København, where a new interchange between regional, S-bane and metro services is being developed, the line broadly parallels the E20 motorway corridor to rejoin the existing main line on the approach to Ringsted. Here it will also connect to the upgraded line heading south towards the Fehmarn Belt fixed link.

The intermediate station at Køge Nord offers a park-and-ride interchange close to the motorway with a footbridge connection to new platforms on the nearby København – Køge S-bane line. A grade-separated junction west of the station provides a connection for regional services to join the (Roskilde –) Køge – Næstved ‘Lille Syd’ route, which has been electrified and upgraded for 160 km/h operation.

‘The new line significantly expands the railway’s capacity, making services to and from København more efficient and more robust’, said Jacobsen. ‘With the new line, we get a much better timetable, more trains and fewer delays’.

Following the formal opening, DSB is expected to start routing some long-distance and regional passenger services over the new line, which will also be available for freight trains. A more comprehensive restructuring of the national timetable is scheduled for the timetable change on December 15.