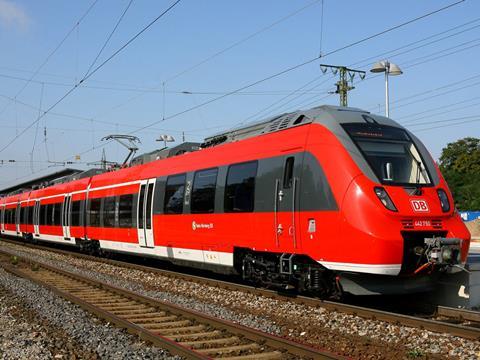 GERMANY: The protracted tendering of the operation of Nürnberg S-Bahn services came closer to reaching a conclusion on December 19, when Bayern transport authority BEG announced that DB Regio had submitted the best offers for the two parallel contracts running for 12 years from December 2018.

Subject to any further appeals by other bidders, the earliest date for the final award of the contracts is January 4. The contracts cover five routes carrying 16 million passengers a year, 80% of which are commuters, and they are expected to generate revenues in excess of €1·4bn.

BEG had named National Express as preferred bidder for the contracts in February 2015. However, legal challenges by incumbent DB delayed the award of what would have been the first major S-Bahn operating deal which the national railway had not won.

BEG then reassessed the bids using new guidelines, and in December 2015 the UK-based transport group was once against selected as the winner. But there were further delays, and on October 25 National Express announced that it was withdrawing its offer. It said the procurement of new rolling stock would now be ‘substantially delayed’, which could lead to it incurring ‘prohibitive’ additional costs. While the company remained ‘fully committed’ to the German rail market, it said it was ‘no longer in the interest of National Express and our shareholders to proceed’ in Nürnberg.

This led to BEG revisiting the other bids it had received, and selecting DB’s offer as the most economic.