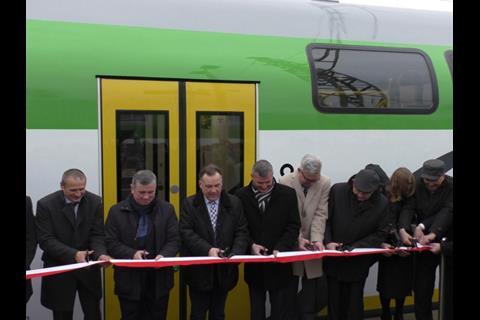 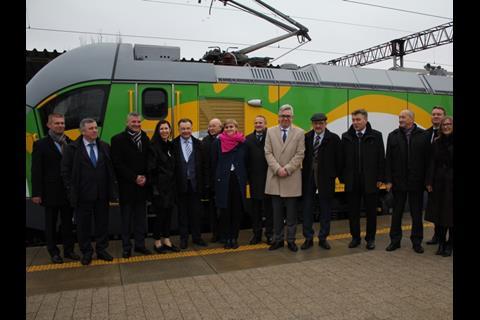 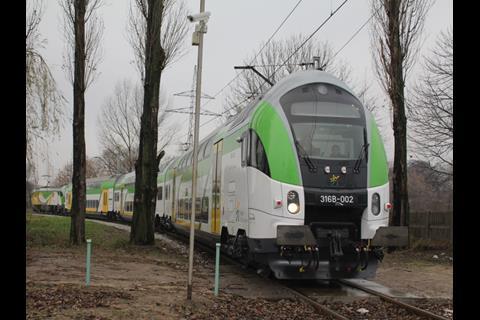 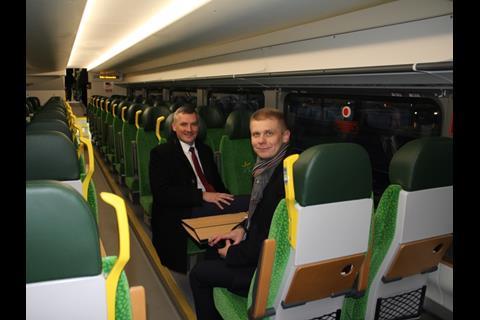 POLAND: A ceremony at Warszawa Wschodnia on January 13 marked the official presentation of Sundeck double-deck coaches that Pesa has supplied to Mazowieckie voivodship passenger operator Koleje Mazowieckie. The first set then made an inaugural journey to Rembertów.

Deliveries of the 20 double-deck intermediate coaches, two double-deck driving cars and two 3 kV DC Gama locomotives were completed on December 30. These were ordered in early 2014 under a 267m złoty contract, of which almost 170m złoty came from EU funds.

What Pesa says are the first double-deck cars to be produced in Poland are equipped with air-conditioning, wi-fi and a modern passenger information system. The driving cars are PRM compatible.

Each loco-hauled set of one driving car and six trailer cars can carry up to 1 700 passengers and has a maximum speed of 160 km/h.