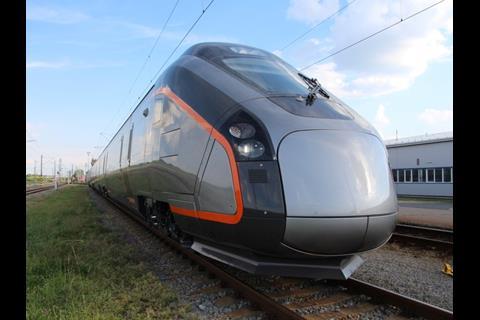 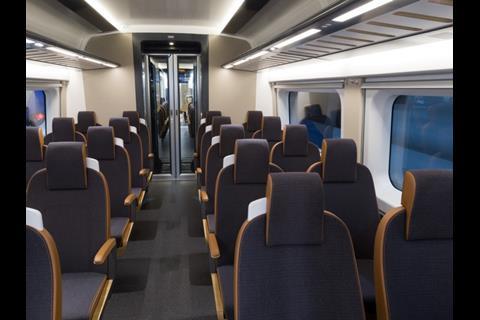 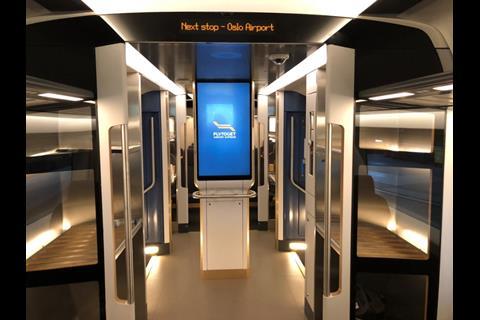 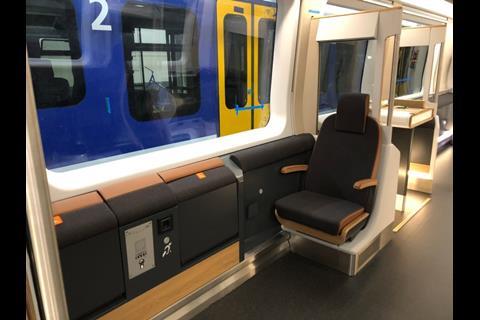 NORWAY: The first of eight Oaris EMUs being built by CAF for Oslo airport express operator Flytoget was officially unveiled on March 5.

Ordered in April 2015, the four-car Class 78 units will join Flytoget’s existing fleet of 16 Adtranz-built Class 71 trainsets, providing a 50% increase in capacity to cope with growing demand on the routes linking Gardermoen Airport with Oslo Sentral, Stabekk and Drammen. The operator reported a record ridership of 6·8 million passenger journeys last year and a 97% customer satisfaction rating.

Designed for 245 km/h operation, the Oaris EMUs will be the fastest trains in Norway. The first units have been on test since April 2018, and have been run at up to 270 km/h in a comprehensive programme that included trials on the Velim test track in the Czech Republic and high speed running in Germany. Cold weather testing was undertaken at the Rail Tec Arsenal climate chamber in Wien to confirm that the trains are able to operate at temperatures down to -40°C.

According to Flytoget CEO Philipp Engedal, the new trains are intended to ‘provide travellers with an even more comfortable and efficient journey’, incorporating a range of on-board enhancements ‘that we know our customers have long wanted’. These include larger windows, wider seats with power outlets, USB sockets and cup holders, as well as more luggage space. The aluminium-bodied EMUs are also expected to be quieter than the existing trains. Each 102 m long unit has 238 fixed and 10 folding seats.

In first for Norway, the passenger information system includes external loading displays, so that users will be able to determine which carriages have the most vacant seats before boarding.

Read more about the Flytoget Oaris trains in the March 2018 issue of Railway Gazette International magazine, available to subscribers in our digital archive.