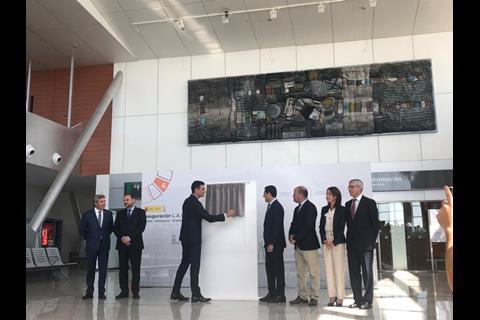 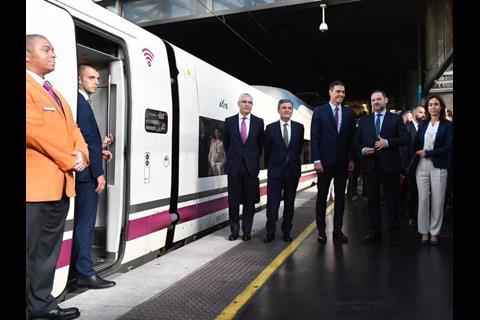 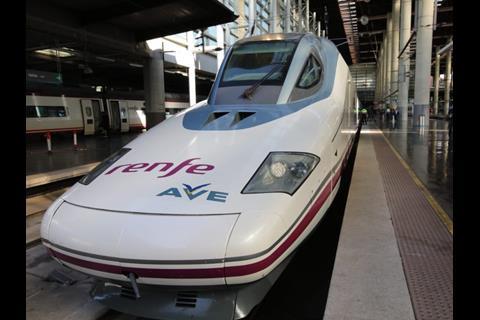 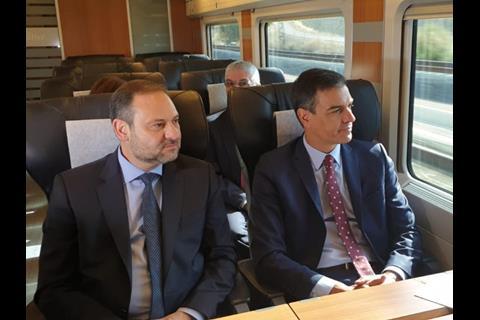 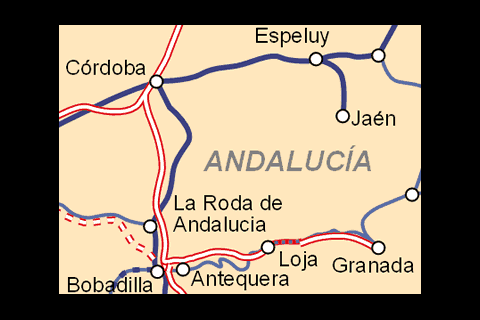 SPAIN: The 122 km high speed line between Antequera and Granada was formally inaugurated on June 25 by acting Prime Minister Pedro Sánchez, who unveiled a plaque at Antequera Santa Ana station.

He was accompanied by Minister of Development José Luis Ábalos, ADIF President Isabel Pardo de Vera and the President of RENFE Isaías Táboas, along with regional and national government representatives.

The 1 435 mm gauge line connecting the provincial capital with the Cordoba – Malagá high speed line is intended to form part of the Andalucía transversal axis being promoted by the regional government; this would eventually connect Huelva, Sevilla, Antequera, Granada and Almería.

Work has been underway since 2008, but progress was delayed by numerous problems and cost over-runs. The partly single-track line required the construction of seven tunnels, including one of 3·3 km. The 31 viaducts include the 3·15 km Archidona viaduct, which becomes the second longest on the Spanish high speed network.

As a temporary measure, the standard gauge line incorporates part of the old broad gauge alignment through Loja, including a tunnel with a speed limit of 100 km/h. On June 8 the government invited tenders for the construction of a 22 km bypass around this section, at an estimated cost of €18m; the work is expected to take around 22 months. To facilitate the reconfiguration of the route to accommodate high speed trains, services on the existing line were suspended in April 2015. Since then, Granada has been served by a rail-replacement bus, connecting with Madrid – Malagá trains at Antequera.

Through trains are scheduled to resume on June 26, with three high speed trains each way linking the southern city to Madrid and a daily train between Granada and Barcelona. These will be worked by RENFE’s Series 102 and 112 Talgo trainsets. Fastest journey time for the 568 km to the capital will be 3 h 5 min, around 50 min faster than the current bus connection. Journey time to Barcelona will be 6 h 25 min. All trains will call at Cordoba, offering a journey time of 90 min from Granada.

According to ADIF, construction of the Antequera – Granada line has benefited from €724·9m in European support. This includes €551·8m of co-financing from the Cohesion Fund and ERDF Operational Programme, €2·2m of TEN-T funding for planning and studies, and €169·9m of ERDF regional funding for sustainable transport.