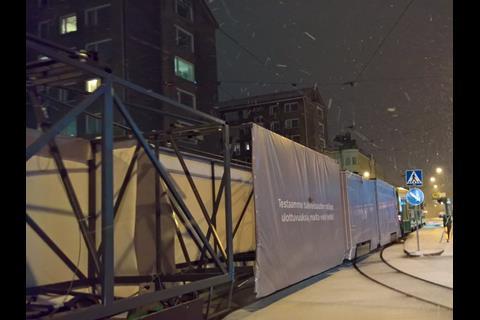 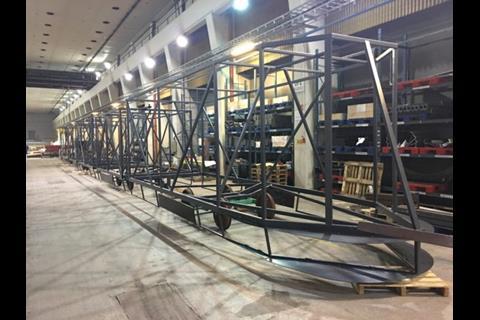 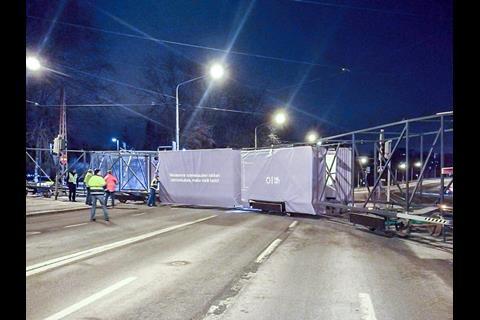 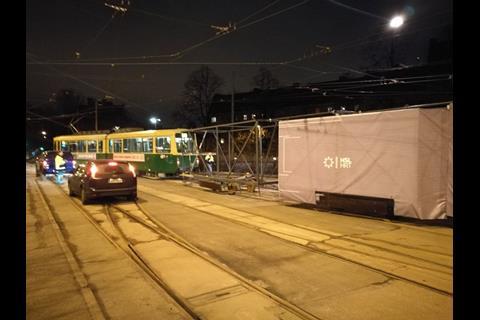 FINLAND: Helsinki transport operator HKL is using a full-scale tram mock-up to identify what infrastructure changes would have to be made to enable longer trams to run on its network. Night testing started on March 14 using a steel frame covered with a tarpaulin, towed by a tram.

The dimensions of the frame are the same as those of the 29 trams that HKL ordered last year from Škoda Transportation subsidiary Transtech. These are intended for the 25 km Raide-Jokeri orbital light rail line, construction of which is to begin in 2019. A prototype is due to arrive in Helsinki in the summer of that year and HKL intends to use it to get passenger feedback ahead of the series build.

At 34·5 m, the trams will be longer than the 27·6 m long Artic trams currently entering service on the network. As HKL would like to put them into service on the existing network while the Raide-Jokeri line is being built, it is using computer simulations alongside testing using the mock-up to determine whether changes to infrastructure are needed to accommodate them.