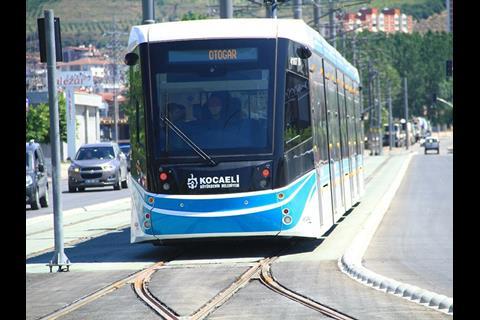 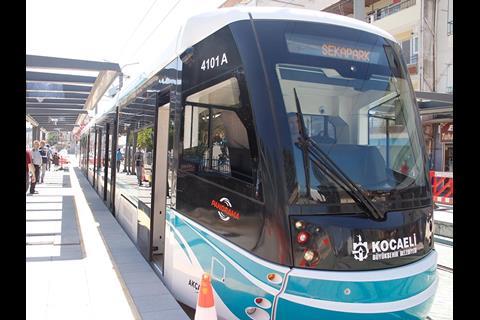 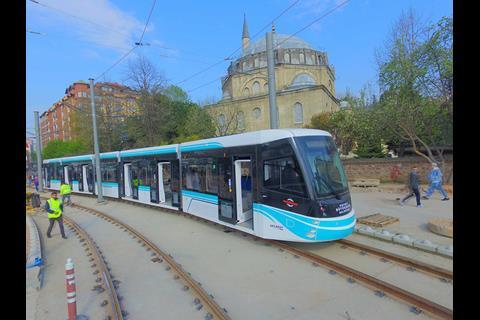 The 7·4 km route with 11 stops links Sekapark in the west with Otogar in the east via the city’s railway station. The end-to-end journey time is 24 min.

Gülermak acted as lead contractor. Test running started on March 23 and tracklaying was completed on May 5.

Durmazlar has supplied a fleet of 12 bidirectional five-section Panorama trams from its Bursa factory under a €19·7m contract signed in October 2015. These are stabled in a depot near Otogar. Each low-floor tram is 33 m long and 2 650 mm wide with capacity for 300 passengers. Maximum speed is 70 km/h.