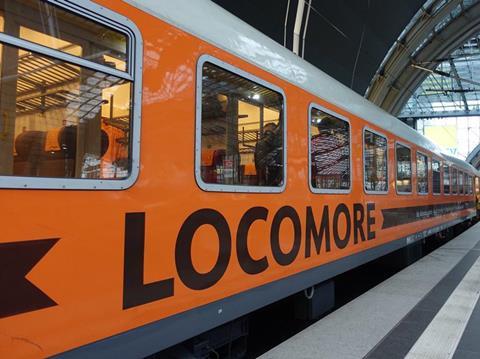 Speaking to German newspaper Handelsblatt, Leo Express CEO Peter Köhler confirmed that the Czech open access operator, not currently present in the German market, has made an offer for Locomore.

In a statement, Köhler said that LEO Express was ‘looking closely’ at merger and acquisition opportunities in the European rail market and ‘Locomore is among them’. He did not provide further details at this stage.

Locomore had launched a partly crowd-funded daily return service between Berlin and Stuttgart in December 2016 using refurbished rolling stock, but revenue did not grow fast enough to make the business sustainable. Following its insolvency filing earlier this month, Locomore said that it was ‘intensively looking’ for investors which could save the business.