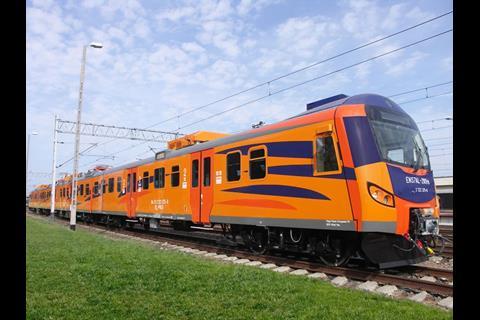 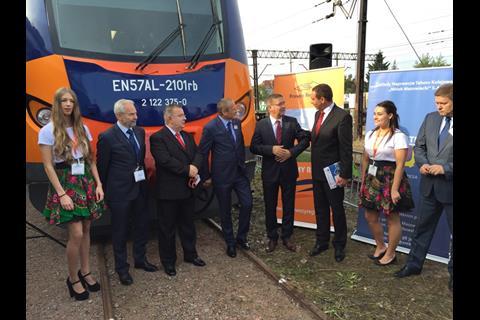 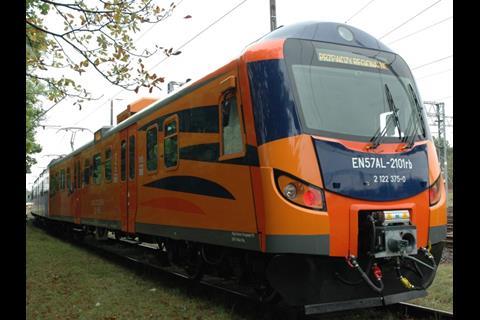 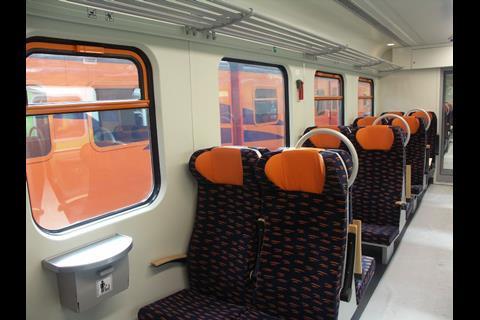 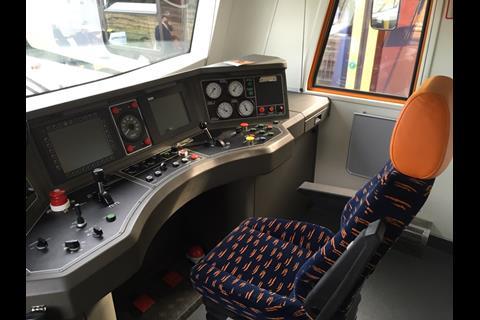 The three-car EN57AL-2102 has a new livery, as well as a reconfigured interior. it has a total capacity of 455 passengers, including 180 seated. There are 20 tip-up seats, eight bicycle and two wheelchair spaces. There are two retention toilets including one that complies with PRM regulations, an audiovisual passenger information system and air-conditioning.

The EMU is scheduled to enter service before the end of the year on part or all of the following routes:

‘Modern trains are the most noticeable change for passengers resulting from the restructuring of PR’, said PR President Tomasz Pasikowski. ‘Through the modernisation and procurement of new rolling stock we want to improve the comfort of the 220 000 passengers using our trains every day. By 2018, 60% of our trains will be new or fully modernised’.

The average age of PR’s EMU fleet is more than 35 years. In 2016-18 the company plans the full modernisation of 43 EMUs and basic modernisation of around 160. Procurement of four new EMUs and three railbuses is also on the agenda.