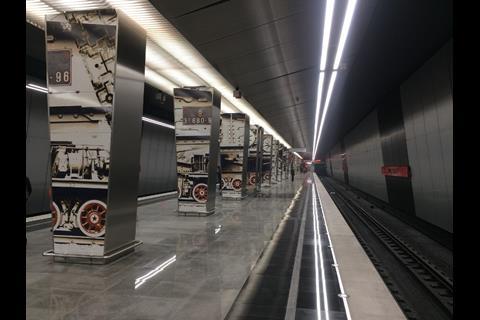 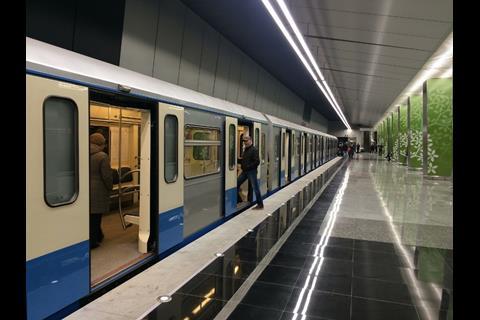 Construction of the extension started in April 2013, and test runs commenced on December 30 2016. Already the deepest station on the network, Park Pobedy’s deepest point now 85 m below ground.

The first part of the western section of Line 8 was opened in January 2014, linking Park Pobedy with Delovoy Tsentr. It is due to be linked to the eastern section in 2020 with the opening of a 3·7 km central section between Delovoy Tsentr and Tretyakovskaya.

Before then, a 15·3 km western extension with seven stations from Ramenki to Rasskazovka is expected to open in late 2017 or early 2018. This will include a depot at Solntsevo. In the longer term, Line 8 is to be extended to Vnukovo Airport in the southwest.