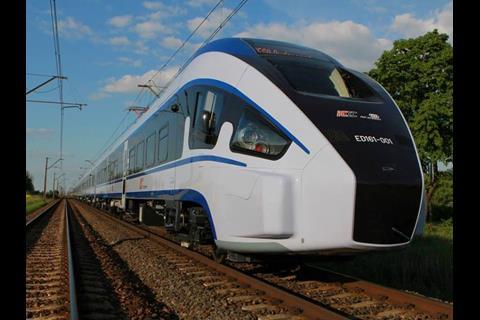 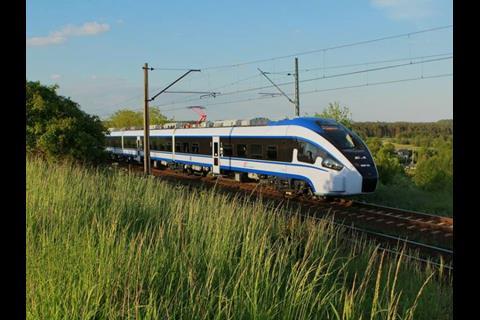 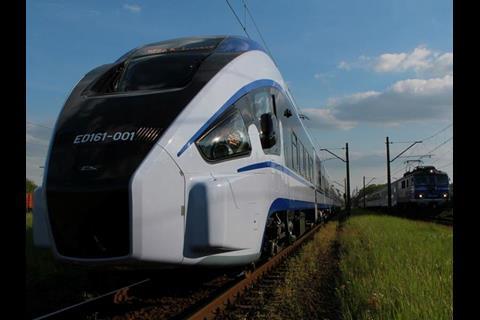 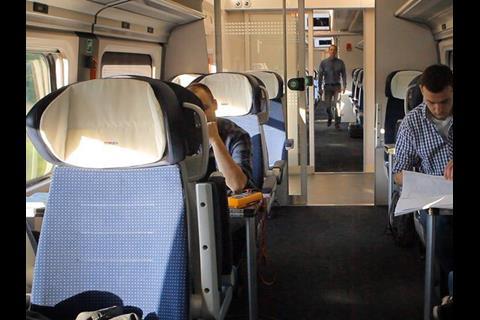 POLAND: Pesa’s first Dart electric multiple-unit has started dynamic testing on the line between Bydgoszcz and Warlubie to the northeast.

The EMU achieved its maximum speed of 160 km/h on May 21 and the following day was transported to Żmigród for further testing at the Railway Institute.

Pesa is to supply 20 of the long-distance EMUs to PKP Intercity by the end of October, under a 1·3bn złoty contract announced in February 2014 which includes 15 years of servicing. The manufacturer currently has 10 units in production at its factory in Bydgoszcz.

The eight-car EMUs are 150 m long with 352 seats, including 60 in first class, six toilets and space for six bicycles.