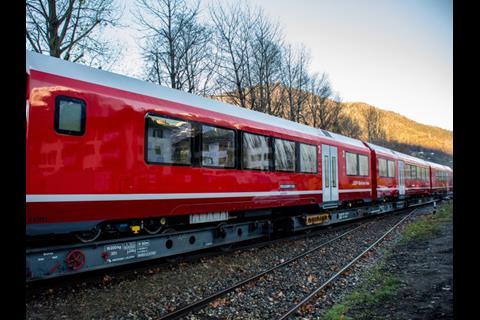 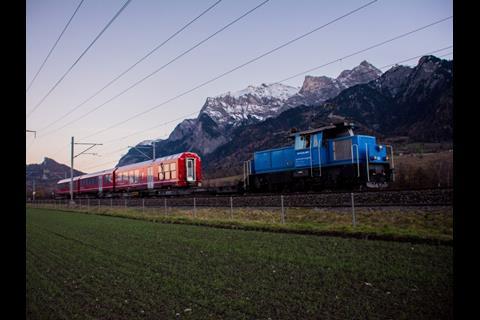 Testing of the 1 000 mm gauge trainsets ordered to operate express services between Chur and St Moritz, is due to begin between December 7 and 11, with certification by the Federal Office of Transport expected in 2016. The first train is expected to enter revenue service in mid- 2016.

RhB ordered seven six-car articulated non-powered trainsets on December 20 2010 for SFr110m. The order was later modified to six seven-car trainsets, each with a cab car. Under the safety regulations for the steep Albula line introduced in 2012, the driving car must always be at the St Moritz end of the train.

Each trainset consists of two low-floor cars with 1 200 mm wide double doors and five high-floor cars with 1 400 mm wide double doors. There are 90 first class seats, 203 second class seats, 17 folding seats and 14 seats in the panorama saloon. In addition, each trainset has three spaces for wheelchairs, two for bicycles and four for prams, as well as three accessible and four standard toilets, and a play area for children.