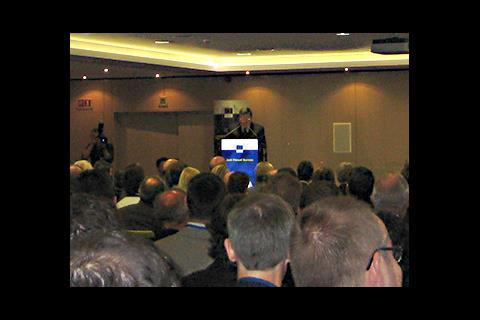 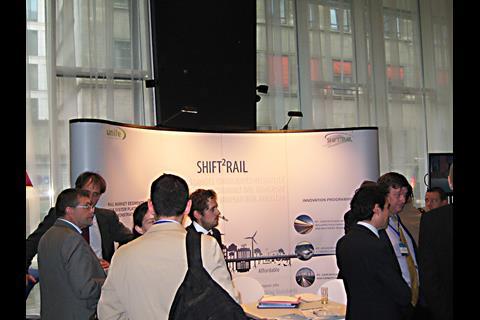 EUROPE: Following its formal adoption by the European Union’s Council of Ministers on June 16, the Shift2Rail Joint Technology Initiative was launched at a conference in Brussels on July 9 alongside six other JTIs under the European Commission’s Horizon 2020 research programme.

The conference marked the start of calls for proposals for research to be supported under each JTI. In his keynote address, outgoing European Commission President Jose Manuel Barroso said that he ‘particularly welcomed’ the expanded focus on air and rail transport, which account for three of the seven JTIs in Horizon 2020, reflecting transport’s role at the heart of Europe’s industrial base and in mitigating the effects of climate change.

Currently being co-ordinated by UNIFE on behalf of eight founding members and 130 other organisations across the rail sector, Shift2Rail is intended to create ‘a step change in rail technology’, which would enhance the capacity of Europe’s railways to cope with rising demand, increase the reliability and quality of rail services, and reduce significantly the life-cycle cost of the railway system.

The Shift2Rail programme is focused on five workstreams covering:

The programme is expected to see around €920m invested over the six years, of which €450m will come from the Horizon 2020 budget, and the remainder from the industrial partners. Around 40% of the spending is expected to be allocated for the founding members, with 30% for associated companies and academic institutions in consortia, and the remaining 30% reserved for open calls.

According to Dr Josef Doppelbauer, Chief Technology Officer at Bombardier Transportation, Shift2Rail is expected to be ‘functionally independent’ by the end of the first quarter of 2015. ‘Several locations’ are being assessed for the headquarters of the Shift2Rail Joint Undertaking, and an Executive Director should be in post by the end of the year.

With UNIFE having co-ordinated the rail industry’s involvement, the European Commission is now to launch its own call for membership. The joint undertaking structure also includes a Regulation & Standardisation Council, which will include input from the European Railway Agency to ensure the Shift2Rail innovations are compatible with broader technical and policy themes.

‘We will work to ensure that barriers to innovation are overcome’, commented Keir Fitch, Head of Research & Innovative Transport Systems at the European Commission’s Directorate-General for Mobility & Transport. ‘We expect to get input from potential end users at the outset of each workstream to make sure the results fit in with wider objectives around certification and acceptance.’