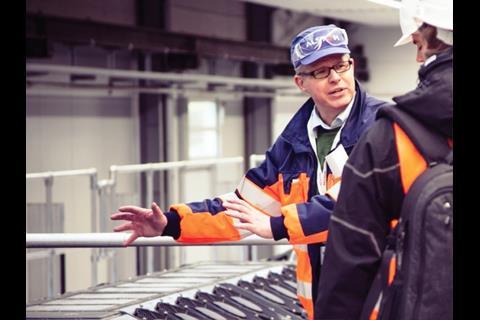 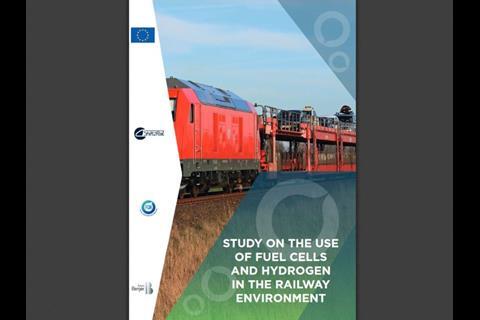 EUROPE: Fuel cell and hydrogen trains ‘are well positioned to help Europe reach its greenhouse gas, air contaminant and noise reduction goals as a versatile zero-emission technology’, according to a report commissioned by the EU-funded Shift2Rail and Fuel Cells & Hydrogen joint undertakings.

Published in conjunction with a Hydrogen Train Workshop in Brussels on May 17, the study by Roland Berger looked at the current state of development and the main barriers to the wider use of fuel cell technologies in rail. The analysis included four use cases for passenger multiple-units, three looking at shunting and last mile freight trains and three for mainline locomotives hauling both passenger and freight trains on selected routes.

The researchers identified ‘significant market potential’ for replacing diesel trains, ‘within certain contexts’. In the most mature market, for regional multiple-units, the study suggests that fuel cell trainsets could become cost-competitive with diesel in the short term ‘especially where energy to produce hydrogen is cheap, as for instance in Scandinavia’. A cost of less than €50/MWh is envisaged.

This could be a more cost-effective route to reduce environmental impact where service frequencies are low, where fuel cells offer a longer range than batteries. Fuel cell trains could potentially replace up to 30% of DMUs by 2030, the study suggests. Shunters and mainline locomotives would have ‘a relatively modest market uptake’ with the first applications not expected before 2023.

The study emphasises that the economics of deploying fuel cell trainsets are ‘positively influenced by issues that lead to a reduction in average energy prices’, suggesting that ‘the systemic use of hydrogen as an energy storage for renewable energies’ and the ‘multimodal use of infrastructure’ such as electrolysis plants and fuelling facilities would be ‘particularly interesting’.

The study identifies a number of barriers to the adoption of fuel cell technologies, calling for three targeted research and innovation projects with an estimated total budget of €113m’ to address the highest priority barriers. A series of ‘large-scale demonstration projects with targeted prototypes’ is envisaged to ‘further establish technical and economic performance specifications for commercial applications and lay the groundwork for standards and regulatory modifications’.