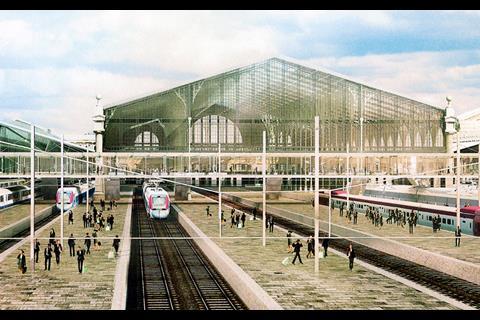 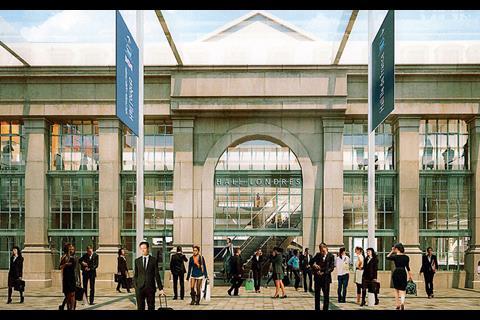 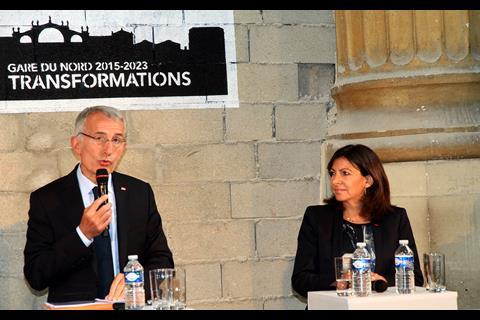 The plans were announced by SNCF President Guillaume Pepy and Anne Hildago, Mayor of Paris, on June 24. At the heart of SNCF’s objectives is an increase in space for passengers using the various urban, suburban, domestic and international rail services which serve the station.

The concourse and platforms serving RER lines B and D will be the first zone to receive a makeover, to improve connectivity with the rest of the station. Various street artists are to be invited to provide art works to brighten the low-level access area to the RER.

From 2016 work will begin to address the capacity constraints affecting Eurostar; initially, the Eurostar lounge will be relocated to improve passenger flow ahead of the introduction of Siemens Velaro high speed trainsets on the Paris – London service, as these have more seats than the Class 373s used since cross-Channel services began in 1994. The taxi pick-up area is also to be remodelled and a brasserie run by head chef Thierry Marx is to open.

In 2017 and 2018, the principal transverse concourse behind the buffers on the main line platforms is to be redesigned to make better use of space while retaining shops and other services, and the lighting is to be adapted to enhance the natural light offered by the glazed roof. The floor is to be renewed with granite tiles.

A further significant expansion of the Eurostar facilities is planned for 2019, when a ‘Transmanche Terminal’ is to be developed by expanding over an existing roadway and taxi drop-off point located between the station and adjacent railway offices. A glass roof will be erected over this space and the taxis moved to the nearby Rue de Maubeuge.

From 2018 to 2023, SNCF and its partners, including architects Wilmotte & Associés and urban design consultancy AREP, will focus on improving links between the city and the station. This will include opening up access form all four sides via a series of walkways and escalators, and the removal of road vehicles from Rue de Dunkerque, which forms the station forecourt at present. Another objective is to enhance the connectivity between Paris-Nord and Paris-Est, which will become the terminus for CDG Express trains from Charles-de-Gaulle airport in 2023.

SNCF is so far unable to put a full cost estimate on the overall programme, but Pepy did report that Gares et Connexions would have a budget of €2·2bn for station refurbishment across the network between 2015 and 2020.