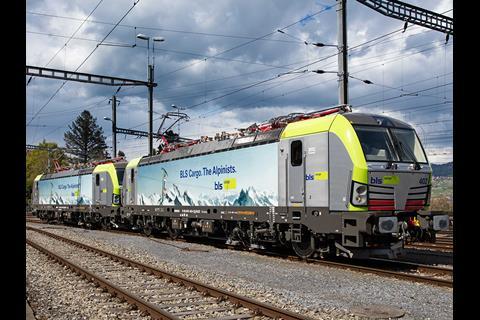 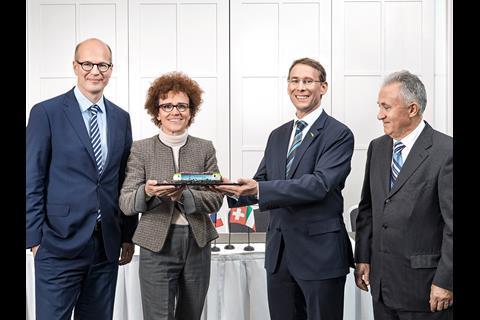 SWITZERLAND: BLS has agreed to sell a 45% stake in its freight subsidiary BLS Cargo to SNCF Logistics, the French national railway’s freight business.

The deal announced on February 16 is subject to regulatory approval. BLS would remain the majority shareholder with a 52% stake, and Ambrogio Group would retain its 3% holding. The corporate structure, Bern headquarters and existing management would remain unchanged, as would arrangements for the use of drivers, locomotives and workshops.

BLS Cargo was founded in 2001. Deutsche Bahn held a stake from 2002, but at the end of 2013 switched its Gotthard transit freight contract from BLS Cargo to SBB Cargo, and as a result sold its 45% holding back to BLS in January 2015. This led BLS to begin seeking a new partner.

BLS said SNCF Logistics is very active in the freight market and, with its subsidiaries Captrain Germany and Captrain Italia, is the second-largest state-owned operator in the German and Italian markets. However it has been less active in Switzerland and along the North–South corridor where BLS Cargo has a strong position.

‘BLS Cargo is an extremely attractive and well-positioned company’, said Sylvie Charles, General Manager of the Railfreight & Intermodal business unit at SNCF Logistics. ‘We believe that the North–South corridor has great potential. The close collaboration between BLS Cargo and our Captrain companies will enable us to create international services optimally geared for customers on the North–South corridor.’

BLS Chief Executive and BLS Cargo Chairman Bernard Guillelmon said ‘we have found just the right partner’, which ‘means that we can shape the freight business internationally to make it more sustainable and forward-looking.’