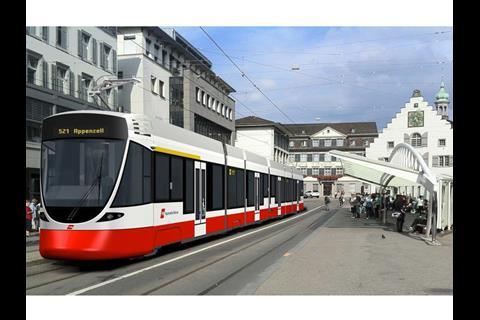 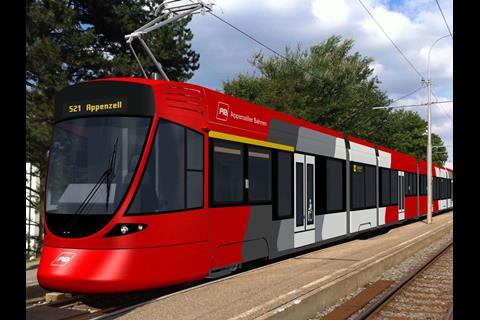 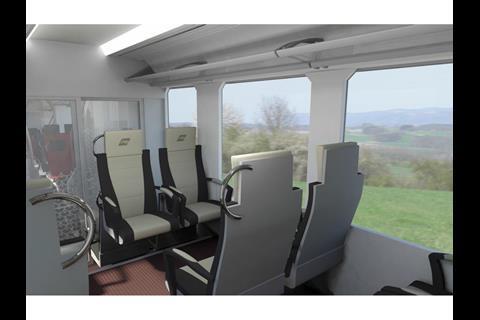 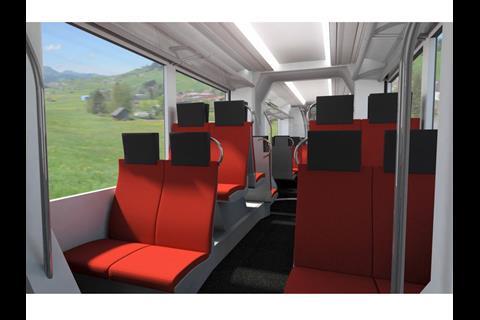 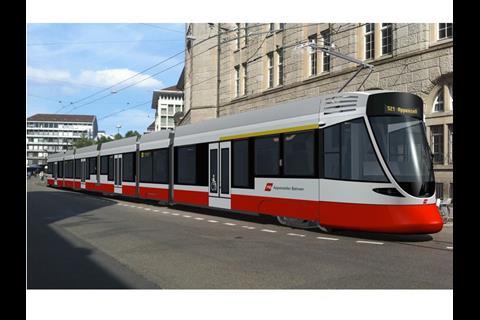 Announcing the order on January 23, Stadler said the six-section 50 m long and 2 400 mm wide metre-gauge LRVs would be similar to Tango trams supplied to Genève and Basel, but to reflect the longer journey times they will have a more comfortable interior including 133 standard and 12 first class seats.

The Durchmesserlinie project will permit the introduction of a through service from Trogen to Teufen via central St Gallen, running every 15 min during the peaks. It includes rebuilding the Appenzeller Bahnen station at St Gallen to enable though running between the operator's Appenzell - St Gallen metre-gauge railway and the St Gallen - Trogen interurban light rail line, as well as track doubling to increase capacity.

The largest element of the DML project is the new 697 m Ruckhalde tunnel which will eliminate a section of rack railway on the St Gallen - Gais - Appenzell line. Construction permits for the tunnel are expected to be issued later this year, with a groundbreaking ceremony planned for autumn and opening in the third quarter of 2017.