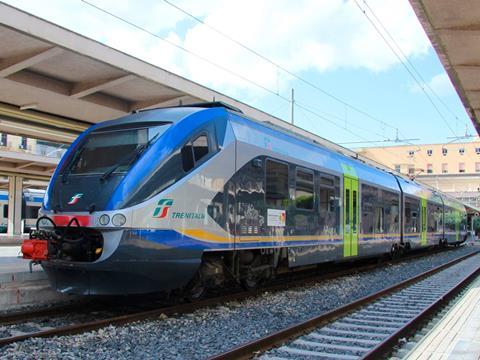 ITALY: Sicily regional President Sebastiano Musumeci and Trenitalia CEO Orazio Iacono signed an operating contract on May 17. This is the first operating agreement since the transfer of responsibility for rail transport to the region.

The 10-year contract is worth €1·2bn and includes infrastructure enhancements, new rolling stock, increased service frequencies and faster inter-city connections. An increase from 10·3 million train-km to 10·9 million in 2021 is envisaged. Infrastructure usage charges are valued at €119·1m per year, and annual revenue from ticket sales is forecast to be €38·5m.

Trenitalia is to invest €426m over the contract term. This includes €100m on train maintenance and IT, as well as a contribution towards the purchase of new trains.

A total of €325m is planned to be spent on rolling stock, which includes €285m from the region. From next year, 21 Alstom Pop electric multiple-units, five Stadler Flirt EMUs and 17 Alstom Minuetto diesel multiple-units are due to be delivered.