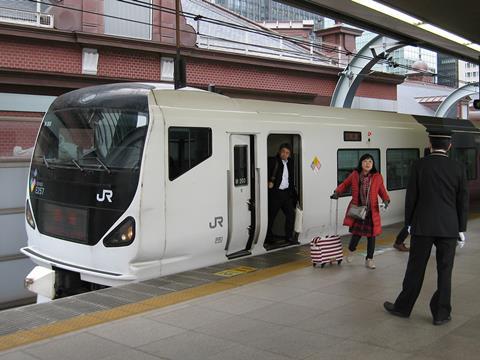 INTERNATIONAL: European suppliers’ association UNIFE has called on the Japanese government to ensure ‘transparent and open’ procurement in the country’s railway sector, ‘particularly given the major contracts Japanese suppliers have been awarded in the European Union.’

The ongoing negotiations for an EU-Japan Free Trade Agreement were discussed during the sixth meeting of the EU-Japan Industrial Dialogue on Railways which was held in Brussels in February. UNIFE said that while it supports the February 17 commitment by the EU and Japan to reach an agreement as soon as possible, it believes the negotiations offer a ‘unique opportunity’ to address its concerns. The desire to conclude an agreement should therefore not prevail over the quality of the resulting deal.

UNIFE called for ‘major and tangible’ changes going ‘far beyond’ the existing agreements covering railways which were implemented in 2014. It said these have brought ‘only limited improvements’, with access to the Japanese market remaining a ‘real challenge’ owing to what UNIFE called ‘discriminatory and non-transparent’ procurement practices including Japan’s Operational Safety Clause.

‘UNIFE has high expectations with respect to market access coverage and the Operational Safety Clause, and calls for a comprehensive agreement on rail to achieve a true level playing field between the European and Japanese rail markets’, said Director General Philippe Citroën.