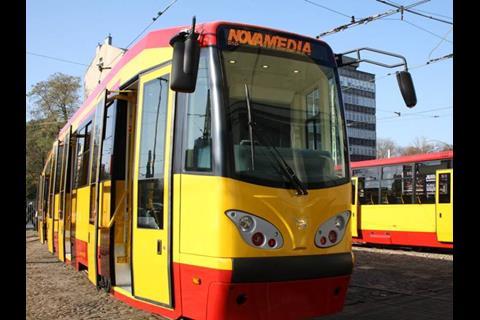 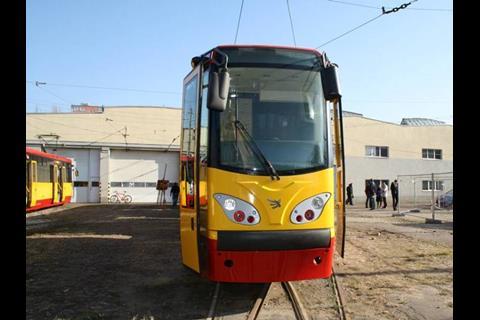 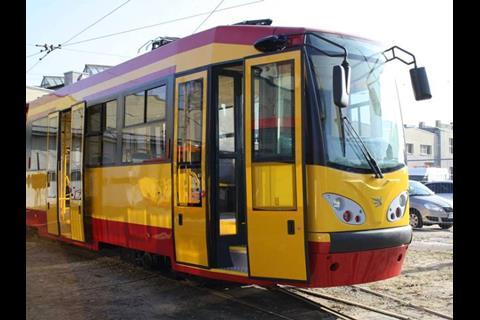 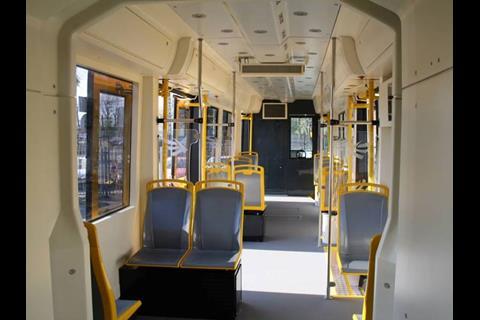 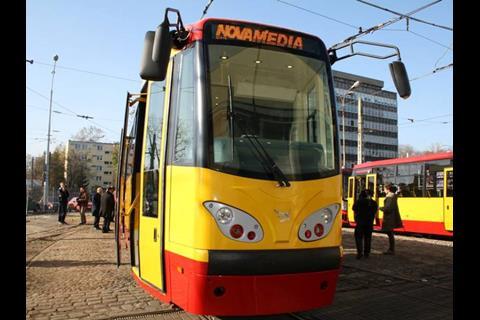 City transport operator MPK Łódz bought 14 ex-Bielefeld Type M8C trams from Stropex in 2013. The modernisation of the first of these was finished in November after about six months of work at MPK Łódź’s workshops, and the certification process has now ended.

The bidirectional tram has been made 20% low-floor, and has received new traction and electrical equipment, front ends, seats, interior fittings, windows, doors with sensors and a passenger information system. The car bodies and bogies have not been replaced but have undergone an overhaul.

MPK Łódź bought the ex-Bielefeld trams for 200 000 złoty each, with modernisation priced at 1·5m złoty per tram. This is around 100 000 złoty cheaper than refurbishment of a two-section Type 805 tram.

The M8C cars were built in 1982 and the refurbishment is expected to extend their operational life by 15 years. Following the modernisation, they are designated M8CN. The remaining M8C cars are to be modernised if the initial one proves successful.