Feature articles in the June 2013 issue of Metro Report International 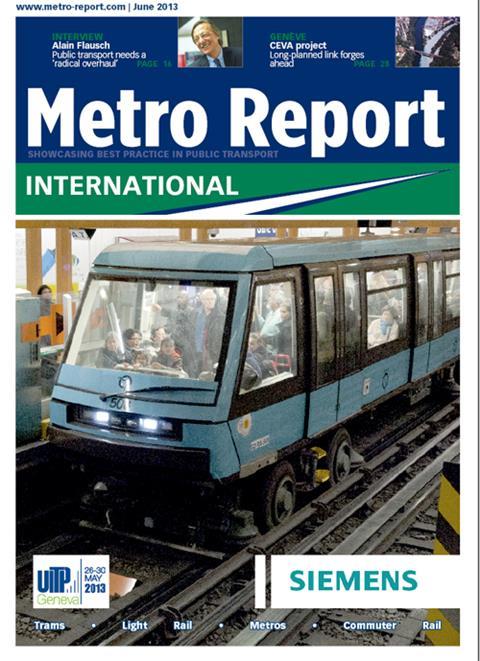 Articles in the June 2013 issue of Metro Report International.

The urban rail construction boom is rolling on, with 337 km of new metro lines opened in 2012

The world’s fastest-growing metro network is opening 40 km each year, with plans for a 17-line network totalling 800 km

The state government’s Master Plan envisages some ambitious rail expansion projects, but residents are waiting to see if they will be translated into reality

A well-designed interchange station must not only be easy to use and efficient to operate, but must ensure that passengers feel comfortable

Transport operators are staking out their patch in the new Wild West, and rules are emerging in previously lawless territory. Andrew Grantham investigates

The latest products and services for the urban rail industry