Feature articles in the March 2013 issue of Metro Report International 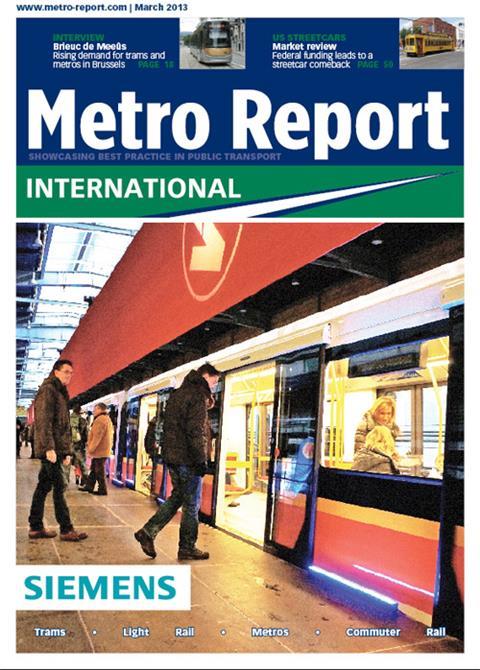 Articles in the March 2013 issue of Metro Report International magazine.

Wuhan, Hangzhou and Beijing have all opened metro lines in recent weeks

An extensive rail network is being built to a tight schedule

With its population expected to reach 20 million by 2030, the city plans to build as many as 15 metro lines. Andrew Benton reports