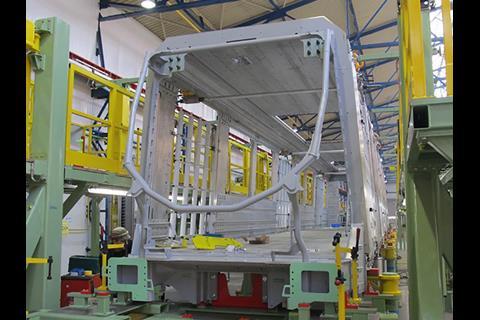 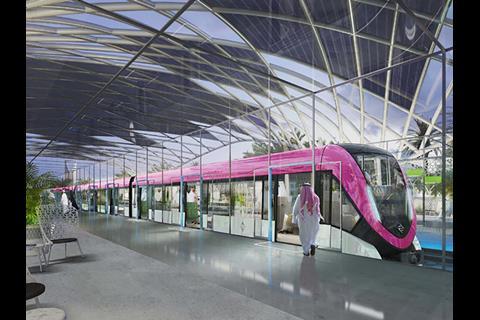 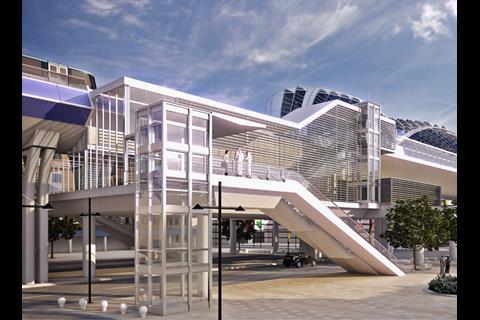 SAUDI ARABIA: Production of the first of 69 two-car Metropolis trainsets for Riyadh metro lines 4, 5 and 6 has begun at Alstom’s Katowice plant in Poland.

Metro project promoter Arriyadh Development Authority expects to unveil a full-size mock-up of a trainset in Riyadh shortly, and is scheduled to take delivery of the first three completed Alstom trainsets in 2017.

The two-car driverless Alstom Metropolis trainsets sets will be 36 m long and 2 710 mm wide, with all axles powered to cope with gradients of up to 6%. The interiors will have standard, first and family classes, with LED lighting, air-conditioning and an ‘advanced’ passenger information system.

In 2013 ADA awarded a €5·8bn contract to design and build Riyadh metro lines 4, 5 and 6 to the FAST consortium which is led by FCC and includes Samsung C&T, Alstom, Freyssinet Saudi Arabia, Strukton, Setec and Typsa.

Alstom’s €1·2bn share of the contract includes the trainsets, Urbalis communications-based train control, power supplies and its HESOP system which allows regenerated energy to be returned to the supply grid. Input from Alstom’s French sites includes engineering design at Valenciennes, bogies supplied from Le Creusot, control systems from Villeurbanne, traction motors from Ornans and signalling equipment from Saint-Ouen. The traction subsystems and auxiliary converters will be supplied from Charleroi in Belgium, with passenger information and security systems from Madrid in Spain.