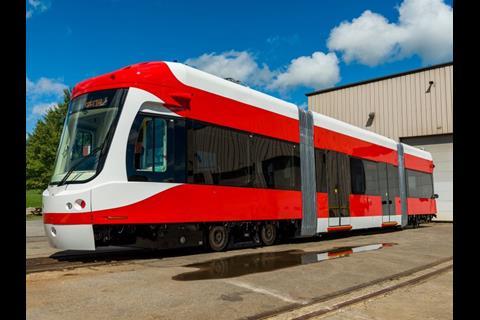 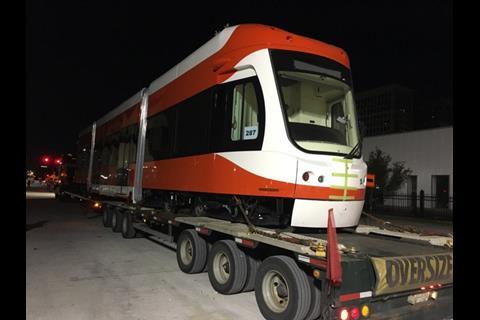 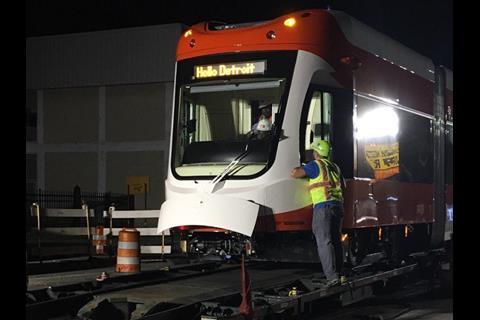 USA: The first tram for the QLine in Detroit arrived in the city in the early hours of September 14 from Brookville Equipment Corp’s factory in Pennsylvania.

Brookville is supplying six Liberty Modern Streetcars to operate the route, in a $32m order announced in June 2015. The three-section vehicles are 20·3 m long and 2 650 mm wide with capacity for 125 passengers including 32 seated. The 70% low-floor trams are equipped with wi-fi, vertical bicycle racks and air-conditioning.

Services will run on-street in mixed traffic. Four 99 kW AC traction motors give a maximum service speed of 56 km/h, and lithium-ion batteries are fitted for catenary-free operation on around 60% of the route and a spur into the depot.

Passenger operations on the 5·3 km route along Woodward Avenue are due to begin in spring 2017. Stacy & Witbeck is general contractor for the project, and Transdev will operate and maintain the line for five years.