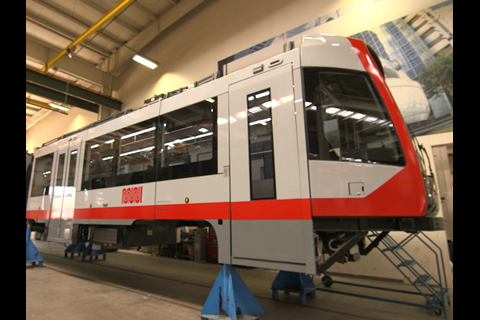 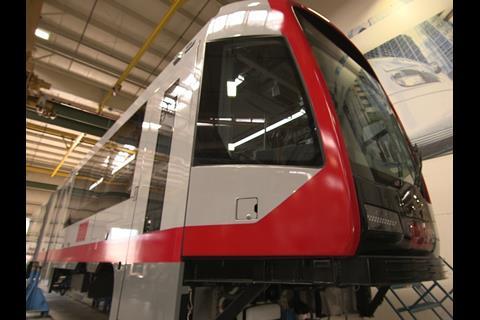 USA: San Francisco Mayor Ed Lee and San Francisco Municipal Transportation Agency officials visited Siemens’ plant in Sacramento on August 29 to look at the first of 215 light rail vehicles that Siemens is building for the city’s Muni network. The first vehicle is due to arrive in San Francisco for testing in December.

SFMTA signed a $648m contract in September 2014 for 175 LRVs with options for up to 85 more, and subsequently called off options for 40 in June 2015. Siemens says that this is its largest ever US LRV order.

The high-floor S200 vehicles are being equipped with regenerative braking and LED lighting. According to Siemens, they are expected to run for 10 times as long between significant maintenance than the existing Muni LRVs.

Siemens Rolling Stock President Michael Cahill said that the new vehicles would ‘help transform the way San Franciscans travel in and around the city’.