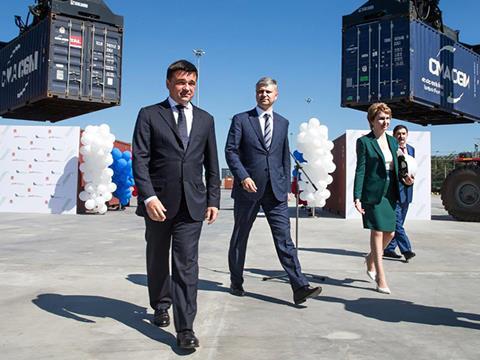 RUSSIA: The Vostochny freight terminal near Elektrougli station 36 km east of Moscow on the line to Vladimir and Nizhny Novgorod was opened on July 31.

Natalia Tsukanova, CEO of terminal operator Obltransterminal, said the facility has been built in just one year thanks to the assistance of Russian Railways, which has laid 15 km of track at the 120 ha site. The facility also has parking space for 150 lorries.

Traffic is the first year is estimated at 200 000 TEU, growing to 600 000 TEU per year when the second and third stages of the facility are completed.