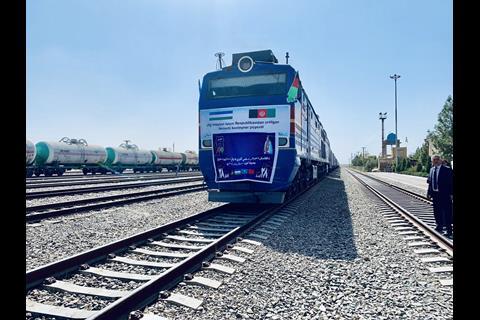 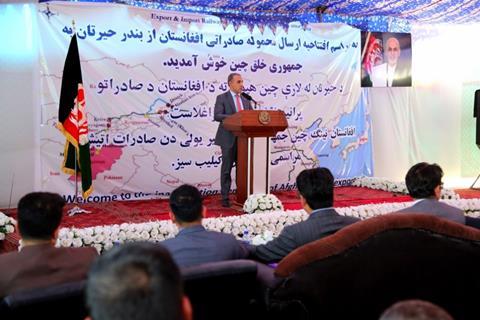 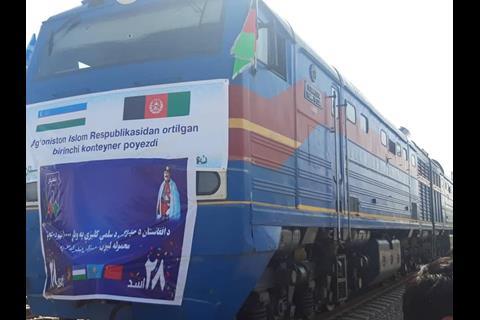 AFGHANISTAN: An inaugural service carrying freight for export to China by rail left Hairatan in northern Afghanistan on September 5, carrying 1 100 tonnes of talc in 41 containers.

The train crossed the Soviet-built road-rail Friendship Bridge over the Amu Darya into Uzbekistan. The containers were expected to arrive in China’s Jiangxi province in around 14 days, travelling 6 700 km via Kazakhstan and the break-of-gauge at the Chinese border.

‘It is pivotal point for our trade relations’, said Mustafa Jamal, Afghan Commercial Counsellor in Beijing. ‘This direct train is expected to provide reliable access to the vast Chinese market.’

An initial rail freight service from China to Afghanistan had arrived in Hairatan in September 2016 after a 3 000 km, 14-day journey. However, the start of services in the opposite direction had been delayed by bureaucratic hurdles.

Guests at the despatch of the first export train included Afghan Minister of Transport Yama Yari, national and local government officials and representatives of the embassies of Uzbekistan, Kazakhstan and China.

The Uzbek Railways locomotive and the containers were decorated with banners showing the flags of the four countries the service will pass through and also a portrait of King Amanullah, who led Afghanistan when its full sovereignty was reinstated 100 years ago this year; he also supported modernisation projects including the development of a short railway in Kabul.