Akiem Astride tested in Croatia 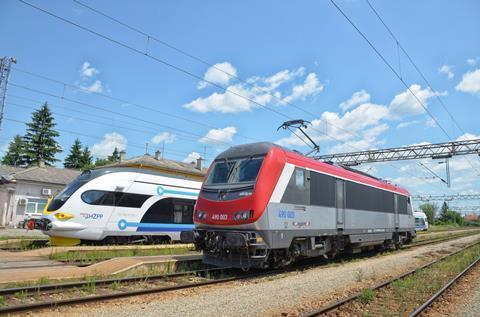 EUROPE: Hungarian freight operator CER Cargo has received certification to operate in Croatia using a modified Astride multi-system locomotive, which has been leased from Akiem for use on international services between Hungary and the ports of Koper and Rijeka.

CER Cargo says it intends to obtain certification for up to 12 similar locomotives to operate in Croatia and Slovenia, enabling them to operate direct freight trains to and from the Adriatic ports.

Originally built for Fret SNCF by GEC Alsthom in 1998, the Astride locomotive was sold to leasing company Akiem in 2010. It was initially leased back by the French national freight operator, before being used by ONCF in Morocco in 2012-16. The locomotive was subsequently leased by CER Cargo in 2019 and transferred to Hungary, being renumbered as 490 003. It has since been fitted with Altpro signalling and train control systems for operation in Croatia and Slovenia.

Having arrived in Croatia, the locomotive was tested on the Koprivnica – Dugo Selo - Okučani and Okučani – Sunja – Sisak – Zagreb routes on June 23 and certified for revenue operation. The following day it was deployed on a 1 600 tonne freight train from Zagreb to Koprivnica before returning to Hungary. The locomotive has yet to be approved for use in Slovenia.