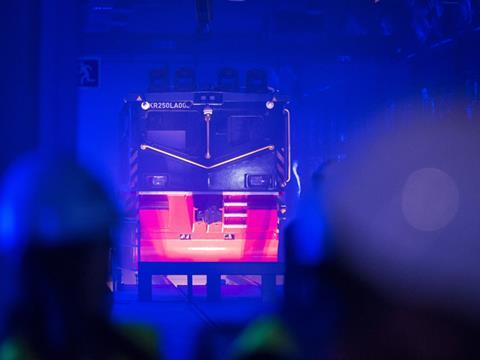 SWEDEN: A ceremony held 1 365 m below ground on May 21 inaugurated a new level and a 12 km driverless railway at LKAB's Kiruna iron ore mine.

The SKr12·4bn mine expansion is the largest investment in the history of LKAB, and is expected to generate 35 million tonnes of ore a year, securing the future of the mine for another 20 to 25 years.

Subcontractor Bombardier has provided Interflo 150 computer-based train control technology developed by its dedicated mining and industrial business. As well as providing automatic route setting and dispatching, with moving blocks to make maximum use of assets, the Interflo 150 is fully integrated with the loading and logistics systems including in-track weighing equipment.