B Logistics is ‘ready for the future’ 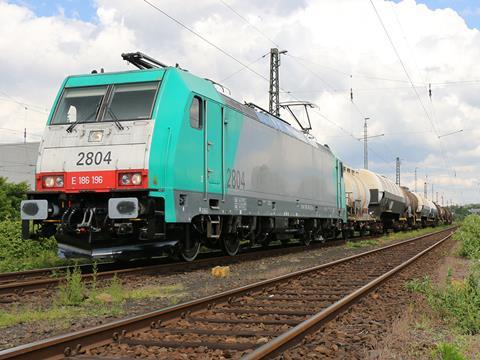 BELGIUM: Important steps were taken in 2015 towards the ‘transformation’ of B Logistics into ‘an independent, dynamic and solid private player’ which is ‘ready for the future’, the privatised freight operator announced on April 8.

Belgian national railway SNCB’s freight activities had been restructured as an autonomous business with effect from February 2011, and since October 7 2015 B Logistics has been owned by Argos Soditic (68·9%) and SNCB (31·1%).

B Logistics said the €96m investment by funds advised by Argos Soditi has provided the financial resources to pursue its future plans, while an employee agreement has been reached covering all 1 900 staff.

B Logistics owns a fleet of 200 locomotives and 7 000 wagons. A downward trend in freight volumes which began in 2012 has now stopped, with the 29·4 million tonnes carried in 2015 being up 4% on 2014 levels. The company said this was the result of ‘a new commercial dynamism’, with customers signing long-term contracts and six new products launched as part of the Green Xpress Network of enhanced wagonload services major European hubs.

‘We have made enormous efforts these past years on every front’, said CEO Geert Pauwels. ‘We have managed to turn ourselves into an autonomous European rail operator which is dynamic, competitive and ambitious. I am fully confident that we will continue to grow in the future.’