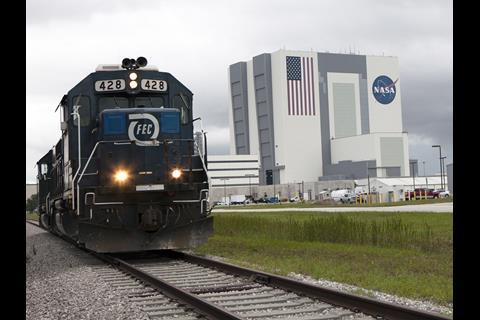 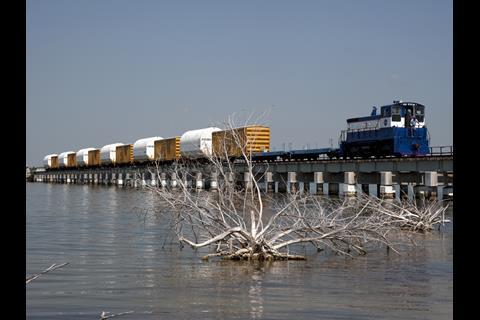 USA: Canaveral Port Authority has announced its intention to apply to the Surface Transportation Board for powers to build and operate a rail link between its port on Atlantic and the Florida East Coast Railway near Titusville, Florida. This would eliminate the need for road haulage between the port and a suitable railhead.

In documents published on October 27, CPA said the Port Canaveral Rail Extension would require the construction of 18 km of new single-track railway including a bridge across the Banana River, and would also make use of 27 km of the existing rail network within the John F Kennedy Space Center which has been out of use since the end of NASA’s Space Shuttle programme.

Initial traffic is envisaged at 170 wagon round trips per week in three or four trains moving at around 16 km/h, with an additional 50 double-stack intermodal wagons/week envisaged with 2½ years of the start of services.

The project would also maintain the possibility of providing rail services to support the launching of space vehicles.