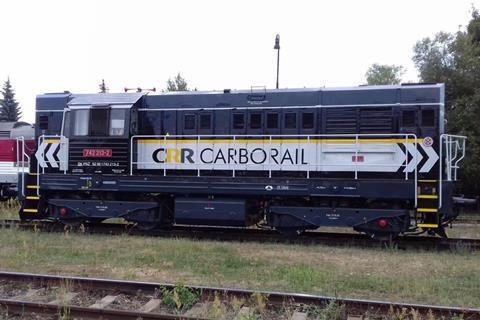 SLOVAKIA: VTG Rail Logistics has completed the acquisition of a majority stake in freight operator Carbo Rail following regulatory approval of the transaction which had been announced in February.

Bratislava-based Carbo Rail was formed in November 2016 through the merger of Carbosped and Rail Sped, and now has 25 locomotives and around 150 staff. It will be integrated into VTG’s Retrack freight business under the name Retrack Slovakia.

‘Its operating licenses for Slovakia, the Czech Republic and Hungary make Carbo Rail a sensible complement to our Retrack network that sustainably reinforces our presence in Central and Eastern Europe’, said Günther J Ferk, Head of VTG Rail Logistics Europe, on June 3. ‘Working together under the same name, our commitment is to supply customers with seamless, single-source transaction services and end-to-end forwarding along the most important transport corridors all over Europe.’