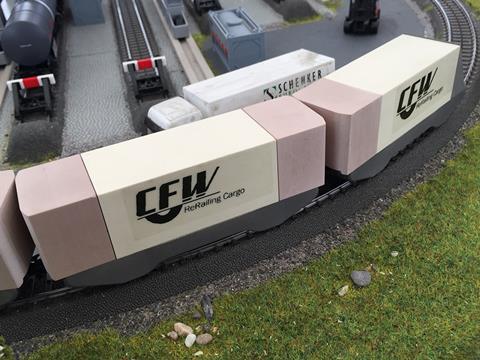 EUROPE: Wagon leasing company Ermewa is to draw up a deployment concept for innovative wagons to support the business case for investment in vehicles which are being developed under the Competitive Freight Wagon research initiative.

Ermewa is to develop specifications for the bogies and running gear, superstructure, electrical equipment and onboard intelligent systems, as well as a supply chain structure for construction of the new wagons.

The modular wagons would have exchangeable bodies for different types of cargo, enabling them to be used more intensively than conventional vehicles. It is hoped that this would compensate for their higher initial cost.

Onboard power supplies would support refrigerated goods and telematics services for continuous monitoring of the wagons, their loads and train integrity.