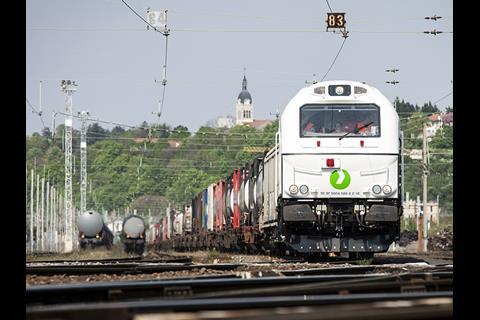 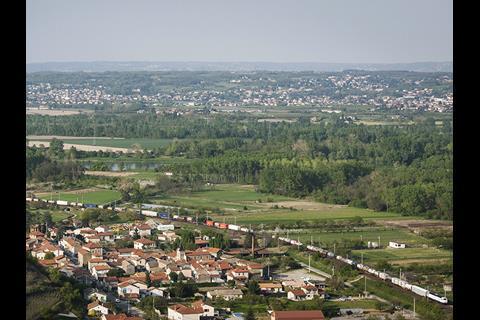 The second locomotive marshalled within the consist was controlled remotely from the head of the train, following work by Vossloh to develop new radio antennae and modify the driver’s desk. The radio control system has been developed by Createch and Schweizer Electronic, while Faiveley has been responsible for braking systems.

Diesel traction has been tested during the second phase of trials under Project Marathon, a programme funded by the European Union which aims to reduce operating costs by 30% and increase capacity on key corridors by operating longer freight trains.

Noting that the record train length had been made possible by the various skills of the 16 project partners, French Transport Minister Frédéric Cuvillier said that regular operation of longer freight trains on the major European corridors was ‘clearly foreseeable’ within two years. Routes being considered within France include those from Paris to Lille and Bayonne near the Spanish border, as well as Paris – Marseille, Paris – Le Havre and Bettembourg – Perpignan which are already able to accommodate freight trains up to 850 m in length.