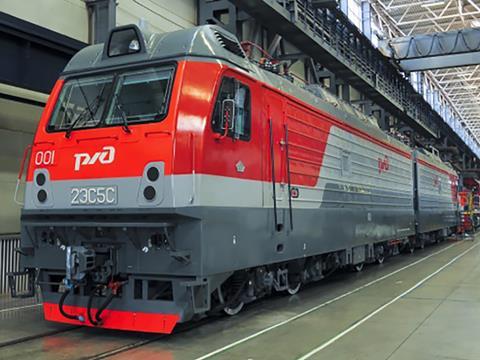 The 2ES5S has been developed as part of an import substitution programme, and incorporates domestically-produced traction equipment, transformers, compressors and control systems.

The locomotive is derived from the 2ES5 Skif, which was developed by TMH and Alstom as a freight version of the EP20 design. However, this did not enter mass production, with only five locos delivered to RZD’s North Caucasus Railway.

TMH said the 2ES5S would have life-cycle costs 18% lower than earlier designs, with energy consumption reduced by 20%. It would also offer improved working conditions for crew in the harsh conditions of the Trans-Siberian and Baikal-Amur Magistral routes.