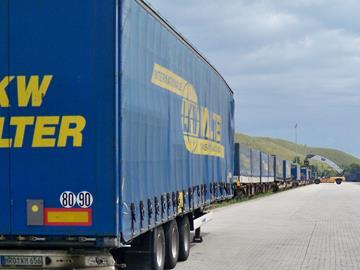 BELGIUM: A six-month expansion and modernisation project has been launched to enable the Euro Terminal Genk freight facility to accommodate increases in intermodal traffic, in particular between the North Sea ports and southern and southeast Europe.

The €3·35m project is being supported by the European Fund for Regional Development and the Flemish government's Hermes fund.

A planned second phase would see the investment in terminal management and security systems.