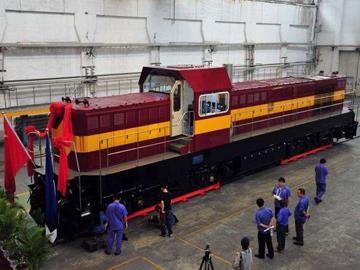 ESTONIA: The first locomotive built by China Northern for a customer in the European Union was loaded onto a ship at the port of Tianjin on August 11.

The 1 520 mm gauge Type DF7G-E diesel locomotives are being built at CNR's Beijing February 7 factory. They are expected to offer significantly lower fuel consumption and maintenance costs than the CKD ChME3 locomotives to a 1960s design which they will replace.

Manufacturing meets EU standards, according to CNR, with 173 quality requirements for the design, manufacturing and testing process.