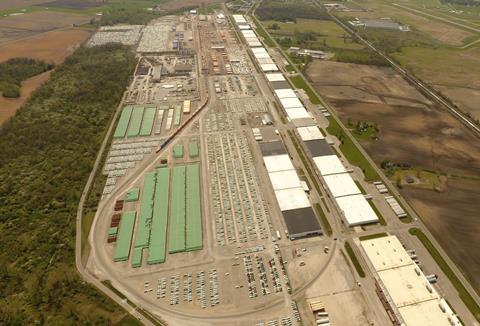 USA: Jaguar Transport Holdings has acquired five short line railways and a construction and maintenance company from The Western Group.

The acquisitions which came into effect on November 1 cover the:

Short line and terminal operating group Jaguar was founded in 2018 and is headquartered in Joplin, Missouri. ‘With our focus on “earning the right to grow” Jaguar will create long term value for all stakeholders’, said CEO Stu Towner.

‘Our commercial team is industry and commodity specific, not property focused’, added Jaguar SVP Commercial Development Tim Enayati. ‘This gives them a deeper knowledge about specific industries, and the ability to better understand our customers and provide meaningful logistics solutions.’

Jaguar is working with Canadian pension fund manager OPSEU Pension Plan Trust Fund, which has significant experience of investing in the surface transport and logistics.

The Western Group was founded in 1972 by Dave Durbano and is headquartered in Ogden, Utah. ‘Selling our companies, some of which were crafted from the ground up 50 years ago, was a tough decision’, said Durbano, ‘but we have confidence that Jaguar was the right company to carry on what we started. In addition to the railroad entities, they acquired a great number of talented and energetic people under a powerful management team whom we are confident will help Jaguar grow and prosper.’

Separately, Jaguar has acquired Marion Industrial Center, a logistics services company founded in 1975 by Ted Graham in Marion, Ohio. It has 12 km of railway serving its distribution facilities and offers shunting, transloading and wagon maintenance services. Jaguar is to rename the facility the Marion Industrial Rail Park.