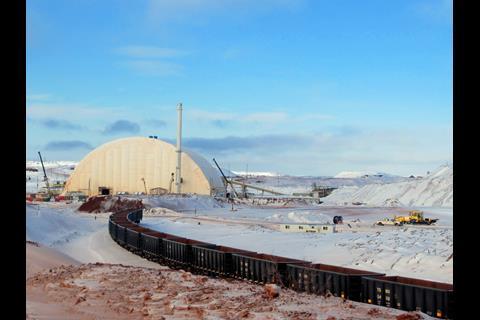 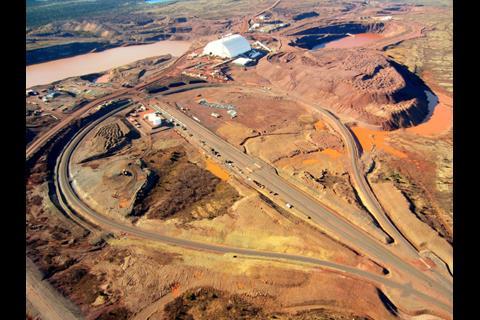 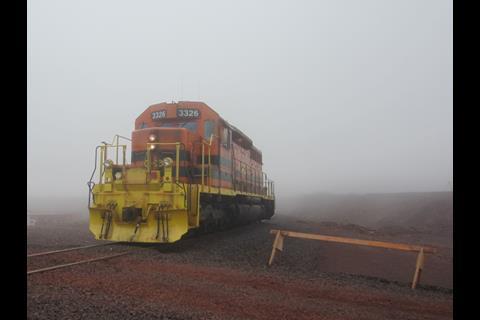 From Schefferville-Knob Lake Junction the iron ore is transported over the Tshiuetin Rail Transportation network, and then over the Quebec North Shore & Labrador line from Emeril Junction to the Port of Sept-Îles for export to Europe.

‘The completion and commissioning of the KéRail spur line will enable the completion of TSMC's state-of-the art DSO Project’, said Robert Patzelt, President & CEO of New Millennium Iron which holds a 20% stake in TSMC. ‘The spur provides logistical efficiencies and cost benefits’.

The DSO Project was originally designed for year-round production of 4·2 million tonnes per annum of high grade sinter feed and pellet feed from a processing plant housed under a weatherproof structural dome. However, a scoping change means it will now also undertake the seasonal production of crushed and screened sinter fines. Total production is expected to reach 6 mtpa in 2016.