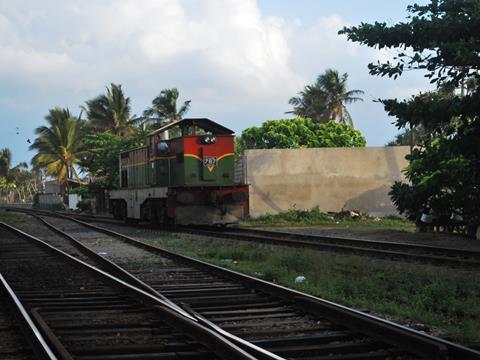 SRI LANKA: The Ministry of Urban Development has unveiled a US$107m project to use rail to transport municipal waste from Colombo to a proposed landfill in the northwest of the island.

The scheme will be funded by the government as part of the Metro Colombo Urban Development Project to improve living conditions in the capital. The Ministry has invited expressions of interest from consultants to supervise the project, and is preparing a tender with a view to awarding contracts by January.

Two trains a day would transfer 1 200 tonnes of waste from Colombo and its suburbs to abandoned limestone quarries near Aruakkalu in the Puttalam region, once operated by cement manufacturer Holcim. Working with South Korean consultants, the Railway Department has completed the design of a 1 km extension from the existing quarry branch to the proposed landfill site. The department has also prepared the specifications for the necessary locomotives and rolling stock, and submitted a draft Environmental Impact Assessment for the project.

A rail transfer station will be built at Meetotamulla in the northern suburbs of Colombo, replacing an unsanitary garbage dump which has created an environmental hazard. Solid waste will be collected, compacted and loaded into sealed containers for onward shipment using flat wagons. The terminal will be equipped with ‘odour control’ and effluent treatment systems.

The initial landfill site is expected to have sufficient capacity for five years, and further abandoned quarries could provide capacity for another five years. Talks are now underway with Holcim about the use of its active limestone quarries up to 2 km away once these have been worked out.