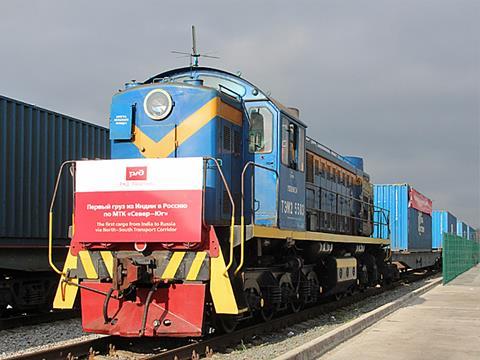 INTERNATIONAL: The first containers to be transported on the newly-established north–south freight corridor from Mumbai to Moscow arrived at the Vorsino freight terminal southwest of the Russian capital on October 12, 23 days after leaving India.

The containers were loaded onto a ship in Mumbai on September 20, and travelled by sea to the Iranian port of Bandar Abbas. Railways of the Islamic Republic of Iran then transported the containers by rail to Rasht, where they were transferred to lorries for the 180 km leg to Astara in Azerbaijan; a 167 km rail link from Rasht to Astara is currently under construction. The containers then moved by rail from Astara to Vorsino.

The cost was reported to be 20% lower than using the alternative rail route from Iran to Russia which runs east of the Caspian Sea through Turkmenistan and Kazakhstan.