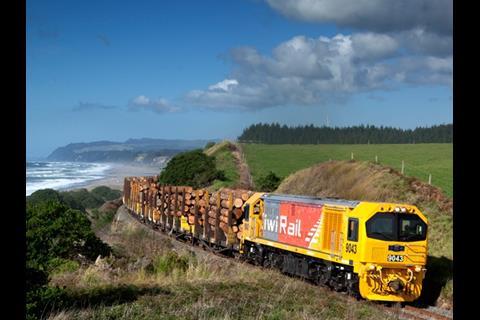 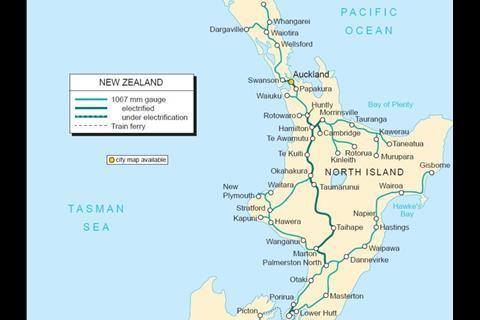 NEW ZEALAND: Timber trains are expected to resume running by the end of this year on part of KiwiRail’s mothballed Napier – Gisborne line in the east of North Island, the operator announced on February 26.

The line has been out of use for the past six years, but KiwiRail has been working with Hawke’s Bay Regional Council and Napier Port to make the case for re-opening. On February 24, the government announced that it would provide NZ$5m from its Provincial Growth Fund to support the rehabilitation of the Napier – Wairoa section. According to Acting Group General Manager Network Services Henare Clarke, vegetation clearance contractors will be working north from Eskdale. The repair and renewal of drainage and culverts is to begin in mid-March, with the whole project expected to take around two years.

The reopening is part of preparations for an anticipated doubling of timber traffic through Napier Port over the next few years. With forestry harvests increasing rapidly in the wake of a significant tree planting programme in the 1990s, the port expects its throughput of logs to rise from 1·1 million tonnes last year to around 2·5 million tonnes by 2020.

KiwiRail Chief Executive Peter Reidy said ‘the Wairoa - Napier road is not designed to cope with the growing volumes of logs now that the “Wall of Wood” is coming on stream, and rail is the ideal way of getting that timber to overseas customers. Moving logs by rail takes pressure off the roads, and reduces greenhouse gases.’ KiwiRail estimates that reopening the line could take 5 714 lorry trips a year off the road, reducing carbon emissions by 1 292 tonnes.

Describing the reopening as good news for the region and ‘a vote of confidence in our customers and our staff’, Reidy said ‘KiwiRail is committed to enabling sustainable and inclusive economic growth, and the government’s investment in promoting rail in the regions will enable us to step up that work.’